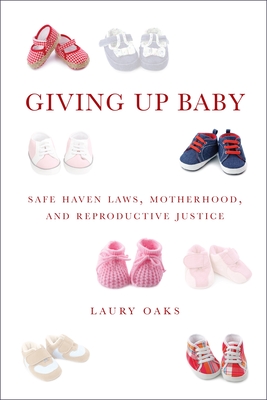 "Baby safe haven" laws, which allow a parent to relinquish a
newborn baby legally and anonymously at a specified institutional location--such
as a hospital or fire station--were established in every state between 1999 and
2009. Promoted during a time of heated public debate over policies on abortion,
sex education, teen pregnancy, adoption, welfare, immigrant reproduction, and
child abuse, safe haven laws were passed by the majority of states with little
contest. These laws were thought to offer a solution to
the consequences of unwanted pregnancies: mothers would no longer be
burdened with children they could not care for, and newborn babies would no
longer be abandoned in dumpsters.

Yet while these laws are well meaning, they ignore the real problem: some
women lack key social and economic supports that mothers need to raise
children. Safe haven laws do little to help disadvantaged women. Instead,
advocates of safe haven laws target teenagers, women of color, and poor women
with safe haven information and see relinquishing custody of their newborns as
an act of maternal love. Disadvantaged women are preemptively judged as "bad"
mothers whose babies would be better off without them.

Laury Oaks argues that the labeling of certain kinds of
women as potential "bad" mothers who should consider anonymously giving up
their newborns for adoption into a "loving" home should best be understood as
an issue of reproductive justice. Safe haven discourses promote narrow images
of who deserves to be a mother and reflect restrictive views on how we should
treat women experiencing unwanted pregnancy.