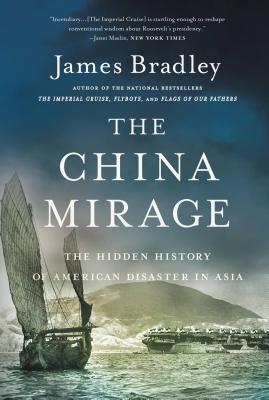 From the bestselling author of Flags of Our Fathers, Flyboys, and The Imperial Cruise, a spellbinding history of turbulent US-China relations from the nineteenth century to World War II and Mao's ascent.

In each of his books, James Bradley has exposed the hidden truths behind America's engagement in Asia. Now comes his most engrossing work yet. Beginning in the 1850s, Bradley introduces us to the prominent Americans who made their fortunes in the China opium trade. As they-good Christians all-profitably addicted millions, American missionaries arrived, promising salvation for those who adopted Western ways.

From drug dealer Warren Delano to his grandson Franklin Delano Roosevelt, from the port of Hong Kong to the towers of Princeton University, from the era of Appomattox to the age of the A-Bomb, The China Mirage explores a difficult century that defines US-Chinese relations to this day.