A Slayer Waits: The true story of a Michigan double murder (Paperback) 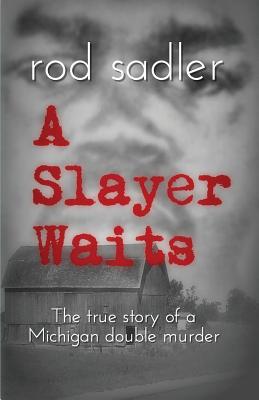 A Slayer Waits In September, 1955, Nealy Buchanan, a trustee at the State Prison of Southern Michigan, was denied parole. Because of his trustee status, he was assigned to pick up local trash from area farms in a prison truck, which provided the perfect opportunity to escape. Running out of gas near the small town of Stockbridge, Michigan and continuing on foot, he hid out inside the barn of Howard and Myra Herrick, an elderly farm couple. Buchanon was planning to steal their car to further his escape. Surprised when Howard Herrick returned early, he killed the elderly man by crushing his skull with a hand grinder. Hearing the commotion in the barn, Myra Herrick came in and was viciously bludgeoned her to death next to her husband. Their killer quickly hid their bodies under bales of hay. Unable to hot-wire their car, Buchanon hitchhiked to the small town of Mason, caught a cab to Lansing, and bought a Greyhound bus ticket, and fled to New York using Howard Herrick's identity. Thinking Buchanon was still in the area, fearful residents armed themselves, and looked upon strangers with suspicion. Ingham County Sheriff Willard Barnes led the hunt for the killer, searching for months, but the investigation came to a dead end. Harry Doesburg, a neighbor to the Herrick's, raised a $3000 reward, and he contributed much of his own money to find the killer. Doesburg sent wanted posters across the country, and paid for 'wanted' ads in various newspapers and magazines. Thirteen months after the murders, an informant in Baltimore, Maryland, recognized Buchanon from a wanted ad in a magazine and turned him in. Buchanon was quickly returned to Michigan, signed a confession, pled guilty, and was sentenced to life in prison, all within a 72-hour time period. Ten years after his sentence, Nealy began appealing his conviction on numerous grounds, including police misconduct, racial threats, and improper court proceedings. For twenty-five years, Nealy had never been represented.