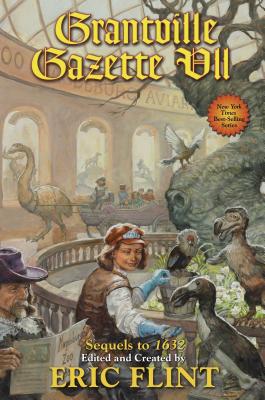 By Eric Flint (Editor)
Email or call for price

This is book number 7 in the The Ring of Fire series.

A cosmic accident sets the modern West Virginia town of Grantville down in war-torn seventeenth century Europe. It will take all the gumption of the resourceful, freedom-loving up-timers to find a way to flourish in the mad and bloody beginning of the Renaissance. Are they up for it? You bet they are.

Edited by Eric Flint, and inspired by his now-legendary 1632, this is the fun stuff that fills in the pieces of the Ring of Fire political, social and cultural puzzle as supporting characters we meet in the novels get their own lives, loves and life-changing stories. The future and democracy have arrived with a bang.

“[Eric Flint] can entertain and edify in equal, and major, measure.”—Publishers Weekly