Adapting Superman: Essays on the Transmedia Man of Steel (Paperback) 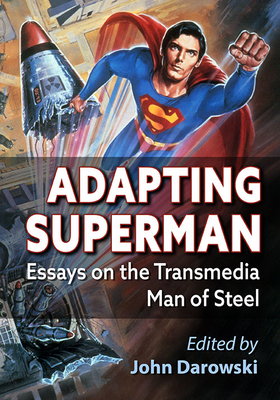 By John Darowski (Editor)
Email or call for price.

Almost immediately after his first appearance in comic books in June 1938, Superman began to be adapted to other media. The subsequent decades have brought even more adaptations of the Man of Steel, his friends, family, and enemies in film, television, comic strip, radio, novels, video games, and even a musical. The rapid adaptation of the Man of Steel occurred before the character and storyworld were fully developed on the comic book page, allowing the adaptations an unprecedented level of freedom and adaptability. The essays in this collection provide specific insight into the practice of adapting Superman from comic books to other media and cultural contexts through a variety of methods, including social, economic, and political contexts. Authors touch on subjects such as the different international receptions to the characters, the evolution of both Clark Kent's character and Superman's powers, the importance of the radio, how the adaptations interact with issues such as racism and Cold War paranoia, and the role of fan fiction in the franchise. By applying a wide range of critical approaches to adaption and Superman, this collection offers new insights into our popular entertainment and our cultural history.

John Darowski is a PhD candidate in comparative humanities at the University of Louisville. He is the author of several essays on the history of comic book superheroes.