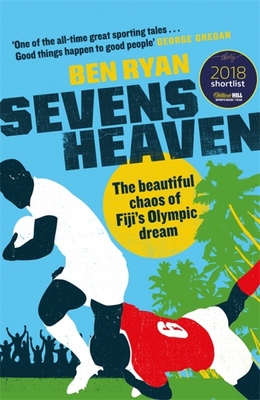 The incredible story of how one man inspired a nation of underdogs to achieve sporting greatness.

It is late summer 2013. Ben Ryan, a red-haired, 40-something, spectacle-wearing Englishman, is given 20 minutes to decide whether he wants to coach Fiji's rugby sevens team, with the aim of taking them to the nation's first-ever Olympic medal. He has never been to Fiji. There has been no discussion of contracts or salary. But he knows that no one plays rugby like the men from these isolated Pacific islands, just as no one plays football like the kids from the Brazilian favelas, or no one runs as fast as the boys and girls from Jamaica's boondocks. He knows too that no other rugby nation has so little - no money and no resources, only basic equipment and a long, sad history of losing its most gifted players to richer, greedier nations.

Ryan says yes. And with that simple word he sets in motion an extraordinary journey that will encompass witchdoctors and rugby-obsessed prime ministers, sun-smeared dawns and devastating cyclones, intense friendships and bitter rows, phone taps and wild nationwide parties. It will end in Rio with a performance that not only wins Olympic gold but reaches fresh heights for rugby union and makes Ben and his 12 players living legends back home.

Ben Ryan is one of the most successful rugby coaches in the history of the game, and the man who took Fiji to rugby sevens Olympic gold in Rio 2016. It was the island nation's first Olympic medal of any colour, and was recognised by the International Olympic Committee as the best male team performance at the 2016 Games. Ben, coach of England's sevens team from 2006 to 2013, also took Fiji to two Sevens World Series titles, and after the team's triumph in Brazil became Chief in the province of Serua as well as being awarded the Companion of the Order of Fiji, the nation's highest order. He is now a consultant to various leading sports organisations and companies around the world.

Sevens Heaven by Ben Ryan is such a special book—Guardian, Best Sports Books of the Year

So many beautiful, provocative postcard descriptions of Fiji alongside fascinating, honest insights and humble lessons and truths

One of the all-time great sporting tales . . . Good things happen to good people

Brutally honest . . . A moving, candid tale of a coach taking the plunge with a rugby ball as his only buoyancy aid—Daily Express

Sevens Heaven, the story of how English coach Ben Ryan took the Fiji sevens side to Olympic gold, is the best rugby book I've ever read (I don't say that lightly) and as good as any sports book, from Mailer to Plimpton to Hauser, I've encountered in the almost sixty years since I got a Terry McLean '59 Lions tour book for Christmas. It's so good because it reads at times like a noir novel, and is stunningly open and honest. We know how the rugby ended, but Ryan's book is so gripping to tell you any other plot twists might spoil it for you

We always knew a book by Ben Ryan wouldn't be dull, but Sevens Heaven surpasses all expectations. The Londoner's "three years of enlightenment" in the South Pacific makes such enthralling reading that I unhesitatingly call this one of the best rugby books ever written—Rugby World

You'll struggle to read a more compelling rugby story than this . . . heartily recommended