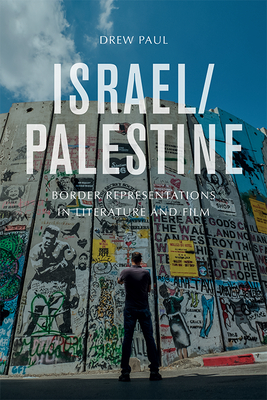 Since the early 1990s, Israel has greatly expanded a system checkpoints, walls and other barriers in the West Bank and Gaza that restrict Palestinian movement. Israel/Palestine examines how authors and filmmakers have grappled with the spread of these borders.

Focusing on the works of Elia Suleiman, Raba'i al-Madhoun, Ghassan Kanafani, Sami Michael and Sayed Kashua, it traces how political engagement in literature and film has shifted away from previously common paradigms of resistance and coexistence and has become reorganised around these now ubiquitous physical barriers. Depictions of these borders interrogate the notion that such spaces are impenetrable and unbreakable, imagine distinct forms of protest, and redefine the relationship between cultural production and political engagement.

Drew Paul is an Assistant Professor of Arabic at the University of Tennessee, Knoxville. His work appeared in a number of key journals, including The Journal of Arabic Literature, Alif, and Scritture Migranti/Migrant Writings. Israel/Palestine is his first book.