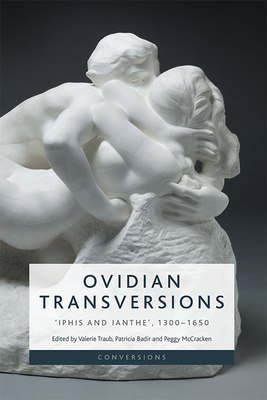 Medieval and early modern authors engaged with Ovid's tale of 'Iphis and Ianthe' in a number of surprising ways. From Christian translations to secular retellings on the seventeenth-century stage, Ovid's story of a girl's miraculous transformation into a boy sparked a diversity of responses in English and French from the fourteenth to the seventeenth centuries. In addition to analysing various translations and commentaries, the volume clusters essays around treatments of John Lyly's Galatea (c. 1585) and Issac de Benserade's Iphis et Iante (1637). As a whole, the volume addresses gender and transgender, sexuality and gallantry, anatomy and alchemy, fable and history, youth and pedagogy, language and climate change.

Valerie Traub is the Adrienne Rich Distinguished University Professor and Frederick G. L. Huetwell Professor of English and Women's Studies at the University of Michigan. Working across the disciplines of literature and history, she is a specialist in the study of gender and sexuality in sixteenth and seventeenth century England. She is the author of three monographs: Thinking Sex with the Early Moderns (2015), The Renaissance of Lesbianism in Early Modern England (2002), and Desire & Anxiety: Circulations of Sexuality in Shakespearean Drama (1992, 2014). Her most recent collection is The Oxford Handbook of Shakespeare and Embodiment (2016). Patricia Badir is Professor of English at the University of British Columbia. She is the author of The Maudlin Impression: English Literary Images of Mary Magdalene, 1550-1700 (University of Notre Dame Press, 2009) and her most recent set of articles studies the archival remains of early twentieth-century productions of medieval and renaissance drama. She is currently working on a series of articles that explores what it means to study the early modern past "from here" as well as book on early twentieth-century director, Roy Mitchell and the matter of the theatrical archive. Peggy McCracken is the Mary Fair Croushore Collegiate Professor of the Humanities and Professor of French, Comparative Literature, and Women's Studies at the University of Michigan. She is the author or co-author of six books, including most recently In the Skin of a Beast: Sovereignty and Animality in Medieval France (2017), and translator of Gui de Cambrai's Barlaam and Josaphat: A Christian Tale of the Buddha (2014).