The Roman Wars in Spain: The Military Confrontation with Guerrilla Warfare (Hardcover) 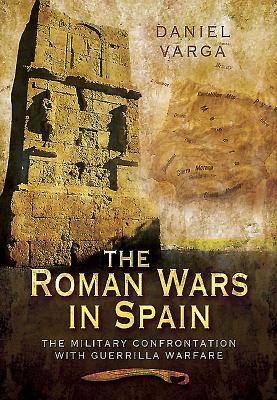 It took the Romans almost exactly 200 years to conquer the Iberian Peninsula (modern Spain and Portugal). The skillful and tenacious resistance of the various inhabitants, utilizing superior mobility in the rugged terrain to wage a guerrilla war, made the region the graveyard of many a Roman army. But the lessons, though painful, were eventually learnt and the heat of this so-called 'fiery war' forged the legions into a more effective force. Daniel Varga analyzes the strategies and tactics of both sides, drawing on the traditional literary sources but also the latest archaeological research. He examines the problems faced by the Roman army and the extent to which it was forced to adapt to meet, and eventually overcome, these challenges. His findings show the Spanish armies as more sophisticated than often thought. The author concludes that the Spanish campaigns exerted a powerful influence on the organization, tactics and equipment of the Roman army, helping to make it the supreme fighting machine it became.