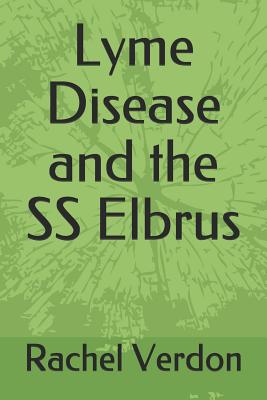 "Lyme Disease and the SS Elbrus" is a WWII history of the Soviet Union's fur shipping industry, Lend-Lease, and the subsequent suspect infestation of Lyme Disease at four major port sites in America.Nazi Germany and the Soviet Union's secret military-industrial complex began in 1926 and lasted long after the Capitulation. Newly declassified historical records point to the Soviet Union's double-crossing its Western Allies. The Communists long range plans with the Nazis to overthrow democracies from within through tick borne diseases of the nervous system and doping the belligerents intensified during the Cold War. After all, we cannot run a democracy on drug addicts. As our US Health Department remained silent for over half a century on the advancement of these tick borne plagues, the American Intelligence Community opened the doors to Nazi Paperclip scientists and Dragon Returnees "from Russia With Love" to fight the Cold War, totally compromising our national security. By 1951, Congress passed the Trade Agreements Extension Act banning shipments of Russian and Chinese furs; too little, too late and then President Nixon opened D tente Here lies the explanation for an onslaught of global drug trafficking from the Golden Triangle to the ODESSA drug cartel. We seek a witness to the Soviet Union's military/industrial collaboration with Nazis before, during and after WWII. Who was I.G. Farben chemist, Dr. Henry Tolkmith? Was his identity switched with the infamous Auschwitz Angel of Death, Dr. Josef Mengele, both an expert in poison gas and tick borne plagues, his expertise highly coveted both East and West? Yes, new photos in 2019 prove it. This author is asking historical witnesses to come forth and solve the mystery of Lyme Disease and the SS Elbrus.