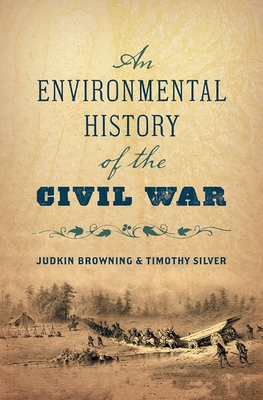 This sweeping new history recognizes that the Civil War was not just a military conflict but also a moment of profound transformation in Americans' relationship to the natural world. To be sure, environmental factors such as topography and weather powerfully shaped the outcomes of battles and campaigns, and the war could not have been fought without the horses, cattle, and other animals that were essential to both armies. But here Judkin Browning and Timothy Silver weave a far richer story, combining military and environmental history to forge a comprehensive new narrative of the war's significance and impact. As they reveal, the conflict created a new disease environment by fostering the spread of microbes among vulnerable soldiers, civilians, and animals; led to large-scale modifications of the landscape across several states; sparked new thinking about the human relationship to the natural world; and demanded a reckoning with disability and death on an ecological scale. And as the guns fell silent, the change continued; Browning and Silver show how the war influenced the future of weather forecasting, veterinary medicine, the birth of the conservation movement, and the establishment of the first national parks.

In considering human efforts to find military and political advantage by reshaping the natural world, Browning and Silver show not only that the environment influenced the Civil War's outcome but also that the war was a watershed event in the history of the environment itself.