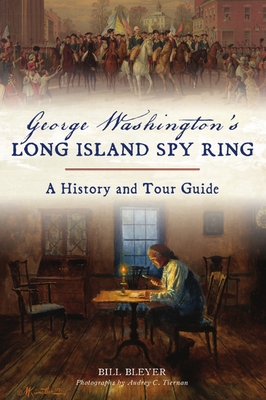 In 1778, two years after the British forced the Continental Army out of New York City, George Washington and his subordinates organized a secret spy network to gather intelligence in Manhattan and Long Island. Known today as the Culper Spy Ring, Patriots like Abraham Woodhull and Robert Townsend risked their lives to report on British military operations in the region. Vital reports clandestinely traveled from New York City across the East River to Setauket and were rowed on whaleboats across the Long Island Sound to the Connecticut shore. Using ciphers, codes and invisible ink, the spy ring exposed British plans to attack French forces at Newport and a plot to counterfeit American currency. Author Bill Bleyer corrects the record, examines the impact of George Washington's Long Island spy ring and identifies Revolutionary War sites that remain today.