The New Kingdom: A New Play of Ancient Times (Paperback) 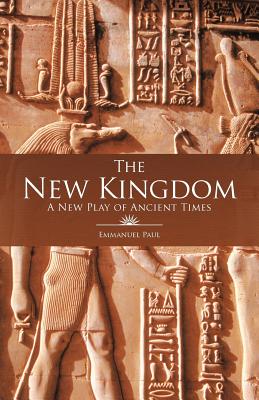 An epic tale of a glory rediscovered in ancient Egypt, has been brought vividly to life by bringing it down to a raw, human scale for the stage. The struggle of the ruling class of the Eighteenth Dynasty pitted against an occupying force, is told in grand scale in The New Kingdom, a new play from Emmanuel Paul.

It is 1540 BC and Egypt is divided. In the years following the invasion of the Hyksos, a band of nomadic warriors with a base in Palestine, nothing is certain. The Pharoahs have been displaced to Thebes from their once impregnable capital in Avaris and for more than a century the Hyksos now control the north of Egypt. Decades of war are replaced by decades of peace, and the people are weary.

The Thebans have rested all hope for the restoration of their former power on the narrow shoulders of the young Ahmosis, who has seen his father and brother murdered by their enemies. The young pharaoh now shares power with his mother Aahotep, who will stop at nothing to see her surviving son grow into a great leader.

Under his rule, Egypt will finally be freed from its invaders and become united again. Ahmosis must now fight a growing religious uprising if he hopes to bring Kush the glory it once knew and bring about an era of unequaled prosperity and peace.