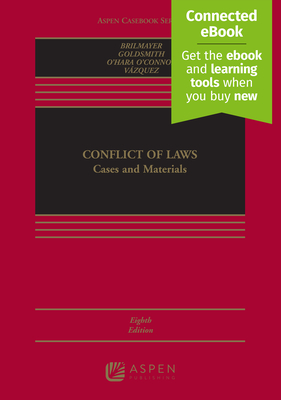 Written by leading Conflict of Laws scholars, Conflict of Laws: Cases and Materials, Eighth Edition, presents a balanced study of Conflict of Laws, otherwise known as Private International Law. The book begins with a discussion of traditional approaches to choice-of-law problems, both inter-state and international, followed by an examination of how modern courts and commentators have struggled to formulate new and better approaches. The remaining broad topics--constitutional limitations on choice of law, personal jurisdiction, conflicts in the federal system, recognition and enforcement of judgments, extraterritorial application of federal law, choice of legal regimes, and choice of law in complex litigation--are considered in light of the wisdom derived from consideration of the basic choice-of-law problems.

New to the Eighth Edition:

Professors and students will benefit from: