DMT: The Spirit Molecule: A Doctor's Revolutionary Research Into the Biology of Near-Death and Mystical Experiences (Compact Disc) 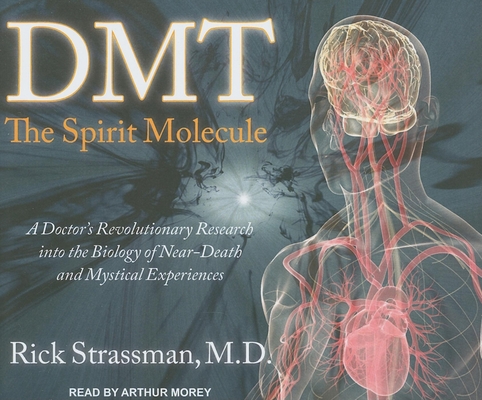 By Rick Strassman, Arthur Morey (Narrated by)
$39.99
Email or call for price.

From 1990 to 1995, Dr. Rick Strassman conducted U.S. government-approved and funded clinical research at the University of New Mexico in which he injected sixty volunteers with DMT, one of the most powerful psychedelics known. His detailed account of those sessions is an extraordinarily riveting inquiry into the nature of the human mind and the therapeutic potential of psychedelics. DMT, a plant-derived chemical found in the psychedelic Amazon brew ayahuasca, is also manufactured by the human brain. In Strassman's volunteers, it consistently produced near-death and mystical experiences. Many reported convincing encounters with intelligent nonhuman presences, aliens, angels, and spirits. Nearly all felt that the sessions were among the most profound experiences of their lives. Strassman's research connects DMT with the pineal gland, considered by Hindus to be the site of the seventh chakra and by Rene Descartes to be the seat of the soul. DMT: The Spirit Molecule makes the bold case that DMT, naturally released by the pineal gland, facilitates the soul's movement in and out of the body and is an integral part of the birth and death experiences, as well as the highest states of meditation and even sexual transcendence. Strassman also believes that so-called alien abduction experiences are brought on by accidental releases of DMT. If used wisely, DMT could trigger a period of remarkable progress in the scientific exploration of the most mystical regions of the human mind and soul.

Rick Strassman, M.D., is a clinical associate professor of psychiatry at the University of New Mexico School of Medicine.

Arthur Morey has recorded over two hundred audiobooks in history, fiction, science, business, and religion, earning a number of "AudioFile" Earphones Awards and two Audie Award nominations. His plays and songs have been produced in New York, Chicago, and Milan, where he has also performed.

"Fascinating and provocative. A remarkable exploration of the boundaries of science and consciousness itself." ---Rupert Sheldrake, author of The Presence of the Past