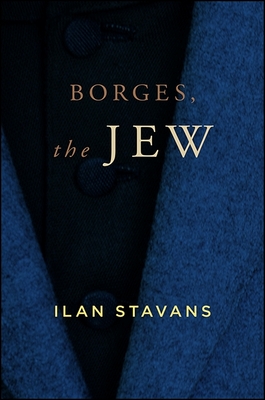 In this volume, award-winning cultural critic and controversial public intellectual Ilan Stavans focuses his attention on Jorge Luis Borges's fascination with Jewish culture. Despite not being Jewish himself, Borges wrote essays, poems, and stories dealing with various aspects of Jewish history and culture--from the Holocaust to Kabbalah and from Franz Kafka to the creation of the State of Israel. In periods when anti-Semitism in Argentina was on the rise, Borges was clear in his refutation of such xenophobia, and when Jewish writers were hardly available in Spanish, he was among the first to translate them. Throughout Stavans's discussion of these topics he weaves in personal anecdotes on reading Borges for the first time, hearing him read in Mexico, and looking for him in Buenos Aires. No fan of Borges's classic oeuvre will ever see his legacy in the same way after reading this book.

Ilan Stavans is Lewis-Sebring Professor in Latin American and Latino Culture at Amherst College. He is the author of many books, including Quixote: The Novel and the World and The United States of Mestizo.