The President's Photographer: Fifty Years Inside the Oval Office (Hardcover) 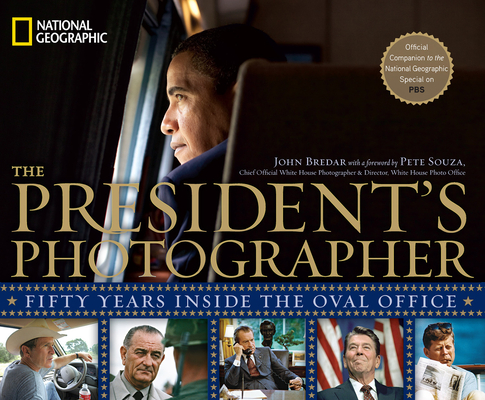 John Bredar is an award-winning television producer who currently serves as WGBH’s vice president for national programming. Prior to this role, he worked for 26 years at National Geographic, where he produced more than 25 films exploring topics from cockroaches and black widow spiders to sumo wrestlers and combat cameramen. In 2005, Bredar received the Emmy for Best Director for the National Geographic special Arlington: Field of Honor, an unprecedented and poignant look at Arlington National Cemetery. He holds a master's degree in US diplomatic history from Johns Hopkins University. To learn more, follow @bredarj on Twitter.Pete Souza was named President Barack Obama's White House photographer in January 2009. Prior to this, he was a photojournalism professor at Ohio University and a photojournalist for the Chicago Tribune. He is the author of the New York Times bestselling The Rise of Barack Obama and Obama: An Intimate Portrait. To learn more, visit petesouza.com or follow @PeteSouza on Twitter.

“These photos are intimate, humanizing glimpses of our First Families.” –BookPage

“Working as a White House photographer offers access to scenes witnessed initially by few and ultimately by millions when the images eventually gain a worldwide audience.” –The Oregonian

“Presidents are seen as never before – expressing shock, anger and joy.” –The San Diego Union-Tribune