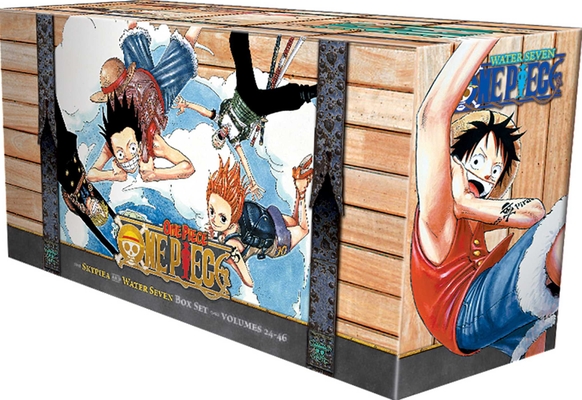 This is book number 2 in the One Piece Box Sets series.

The second premium box set of One Piece, one of the most beloved and bestselling manga series of all time!

This set includes volumes 24-46, which comprise the third and fourth story arcs of the series, Skypeia and Water Seven. With exclusive premiums and great savings over buying the individual volumes, this set is a pirate’s treasure for any manga fan!