To the Actor: On the Technique of Acting (Paperback) 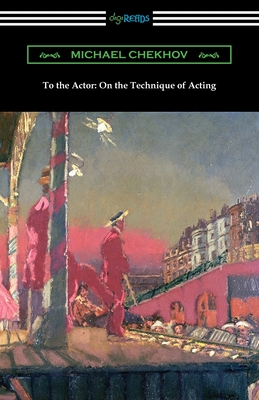 First published in 1953, "To the Actor: On the Technique of Acting" is the famous and influential guide to acting by Russian-American actor, director, and teacher Michael Chekhov. Born in Saint Petersburg in 1891 and the nephew of Russian playwright Anton Chekhov, Michael Chekhov studied acting from the famed theater director Konstantin Stanislavski at the First Studio of the Moscow Art Theatre and was considered by Stanislavski to be his most brilliant student. While Chekhov was at first a practitioner of Stanislavski's "system", which was later known as "Method Acting", he began to disagree with his teacher's approach and developed his own system. Chekhov sought to teach actors to discover their characters and themselves through physical gestures and imagination, rather than through a psychological or emotional examination, as favored by Stanislavski. He focused on finding the physical identity of a character and internalizing it until it becomes second nature. Chekhov's approach was incredibly successful and he personally taught such legends as Clint Eastwood, Yul Brynner, Marilyn Monroe, Anthony Quinn, and Elia Kazan. "To the Actor: On the Technique of Acting" is an essential and timeless text for actors and directors, as well as for students and fans of theater and film. This edition is printed on premium acid-free paper.