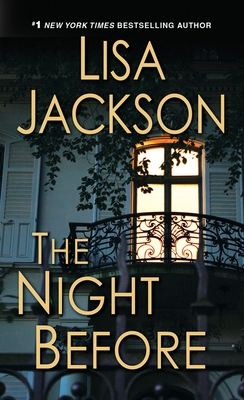 This is book number 1 in the Pierce Reed/ Nikki Gillette series.

In the dark shadows of a sultry southern town, a serial killer strikes. It's an act of sinister precision that has happened many times before. . .every victim an offering to a hunger that can never be sated. . .

The next morning, Caitlyn Montgomery Bandeaux wakes covered in blood. But Caitlyn has no memory of the night before, when her estranged husband was brutally murdered like so many others she has known. . .

Wanted by the police and haunted by horrifying, fragmented memories, Caitlyn turns to Adam Hunt, the town's new psychologist. But how far can she really trust him? For as a twisted killer strikes again and again, Caitlyn's about to discover that those who appear the most innocent are usually the most evil. . .

LISA JACKSON is the #1 New York Times bestselling author of over ninety-five novels, including You Will Pay, After She’s Gone, Deserves to Die, You Don’t Want to Know, Running Scared, and Shiver. She is also the co-author of the Colony Series, written with her sister and bestselling author Nancy Bush, as well as the collaborative novels Sinister and Ominous, written with Nancy Bush and Rosalind Noonan. There are over thirty million copies of her novels in print and her writing has been translated into nineteen languages. She lives with her family and three rambunctious dogs in the Pacific Northwest. Readers can visit her website at www.lisajackson.com and find her on Facebook.