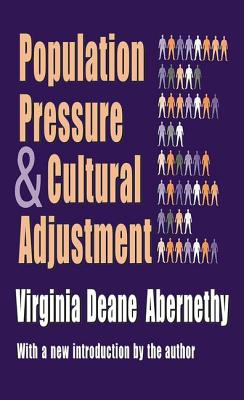 By Virginia Deane Abernethy
$52.95
Email or call for price.

Integrating research from anthropology, biology, and history, this provocative, brilliant book proposes a theory of demographic equilibrium. The author's hypothesis is that human beings, like many other species, are able to adjust their population numbers to the carrying capacity of the environment. Abernethy points out that in response to perception of scarcity or abundance of resources, culturally mediated values, beliefs and behavioral patterns are modified in ways that can either raise or lower rates of population growth. Abernethy in this way moves beyond the ideological debates that have sundered the field of policy and population. In real world time and space, cultural adjustments that balance population and resources are made over a long stretch in relatively stable or known environments. These adjustments also operate in processes that involve technological advances that appear to increase carrying capacity, and these usually act to support and underwrite population growth in any given area. In her new introduction to this first paperback edition, Abernethy shows how many of the cultural changes the book predicted in 1979 have come to pass. She details a complex of behaviors that favor single life-styles or small family size that have contributed to low fertility rates among native-born Americans while fertility rates among immigrants continue to climb. Population Pressure and Cultural Adjustment is not simply a theoretical slogan, but discusses a rich set of different cultural situations where this homeostatic process has been disrupted or aborted. Often, disruption occurs after the infusion of foreign value systems as well as new forms of technological innovation, or when highly permeable social boundaries result in the importation of resources for which the limits and consequences are not fully appreciated by the host population. This work will inevitably be controversial because of its implications for the limits as well as the potential of public policy in both advanced and underdeveloped societies.