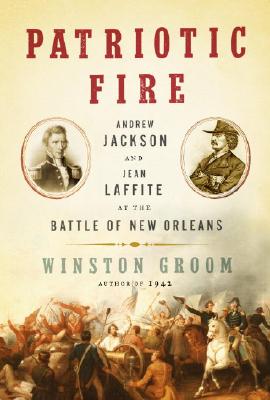 From the author of best-selling works of history and fiction, a fast-paced, enthralling retelling of one of the greatest battles fought on the North American continent, and of the two men who—against all expectations and odds—joined forces to repel the British invasion of New Orleans in December 1814.

It has all the ingredients of a high-flying adventure story. Unbeknownst to the combatants, the War of l812 has ended, but Andrew Jackson, a brave, charismatic American general—sick with dysentery and commanding a beleaguered garrison—leads a desperate struggle to hold on to the city of New Orleans and to thwart the army that defeated Napoleon. Helping him is a devilish French pirate, Jean Laffite, who rebuffs a substantial bribe from the British and together with his erstwhile enemy saves the city from invasion . . . much to the grateful chagrin of New Orleanians shocked to find themselves on the same side as the brazen buccaneer. Winston Groom brings his considerable storytelling gifts to the re-creation of this remarkable battle and to the portrayal of its main players. Against the richly evocative backdrop of French New Orleans, he illuminates Jackson’s brilliant strategy and tactics, as well as the antics and cutthroat fighting prowess of Laffite and his men.

Winston Groom is the author of thirteen previous books, including "Forrest Gump," "Better Times Than These," the prizewinning "Shrouds of Glory," and "Conversations with the Enemy," which was a Pulitzer Prize finalist. His most recent book is "1942: The Year That Tried Men's Souls." He lives in Point Clear, Alabama, and Cashiers, North Carolina.

"Groom tells the astonishing story of how a ragtag corps....defeated a large....and professional British army at the Battle of New Orleans on Jan. 8, 1815....lively and interesting to read against the backdrop of current events."
--Adam Rothman, Washington Post Book World

"Groom....has written a lively account of the last battle in the War of 1812....plenty of details about early 19th-century life and vignettes from what was already America's most distinct city add depth and flavor to Groom's narrative. This is not revisionist history but a good retelling."
--Library Journal

"His finest book to date. Groom has penned an eloquent and riveting account of the Battle of New Orleans."
--John Sledge, Mobile Press-Register

“Groom is a master...By the conclusion of the book, you will want to visit the city again to see the still-preserved battle site, which you will have visited in your imagination.”
--The Decatur Daily

“Winston Groom has that most enviable gift as a writer, an instantly likable voice.”
--Wilson Quarterly