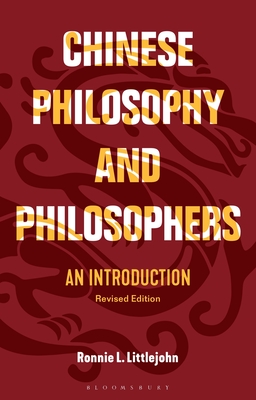 For anyone looking to understand Chinese philosophy, here is the place to start. Introducing this vast and far-reaching tradition, Ronnie L. Littlejohn tells you everything you need to know about the Chinese thinkers who have made the biggest contributions to the conversation of philosophy, from the Han dynasty to the present. He covers:

- The six classical schools of Chinese philosophy (Yin-Yang, Ru, Mo, Ming, Fa, and Dao-De)
- The arrival of Buddhism in China and its distinctive development
- The central figures and movements from the end of the Tang dynasty to the introduction into China of Western thought
- The impact of Chinese philosophers ranging from Confucius and Laozi to Tu Weiming and some of the Western counterparts who addressed similar issues. Weaving together key subjects, thinkers, and texts, we see how Chinese traditions have profoundly shaped the institutions, social practices, and psychological character of not only East and Southeast Asia, but the world we are living in. Praised for its completely original and illuminating thematic approach, this new edition includes updated reading lists, a comparative chronology of Western and Chinese philosophers, and additional translated extracts.

Ronnie L. Littlejohn is Virginia M. Chaney Distinguished Professor of Philosophy and Director of Asian Studies at Belmont University, USA. His previous books include Historical Dictionary of Daoism (2020), Confucianism: An Introduction (2011), Daoism: An Introduction (2009) and Riding the Wind with Liezi: New Perspectives on the Daoist Classic (2011).