Slavery in the Sudan: History, Documents, and Commentary (Paperback) 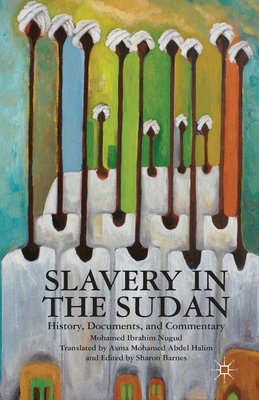 This groundbreaking study offers a rare window into the history of slavery in the Sudan, with particular attention to the relationships between slaves and masters. Thoroughly documented, it provides valuable context to current issues of global concern and combats persistent myths about African slavery.

Mohamed Ibrahim Nugud attended Sofia University in Bulgaria after his dismissal from the University of Khartoum for political activities, graduating with a degree in economics and philosophy. He was elected to the Sudanese Parliament twice during the country's brief periods of democratic rule, in 1965 and in 1986. In 1989, a military coup led to the parliament being dissolved, and Nugud was detained and put under house arrest. He nonetheless managed to disappear until 2005, when he emerged to lead the communist party until his death in 2012. His book on slavery relations in the Sudan is one of six that he published in Arabic. Asma Mohamed Abdel Halim is Associate Professor at the University of Toledo, USA. She is the author of Sudanese Women in the United State: The Double Burden of Culture and Gender and Introduction to the United Nations, as well as over 25 articles in edited books and professional journals. Sharon Barnes is Associate Professor of Women's and Gender Studies in the College of Languages, Literature, and Social Sciences at of the University of Toledo, USA. She is the author of several journal articles on the work of the late poet Audre Lorde.