Made Men: The Story of Goodfellas (Paperback) 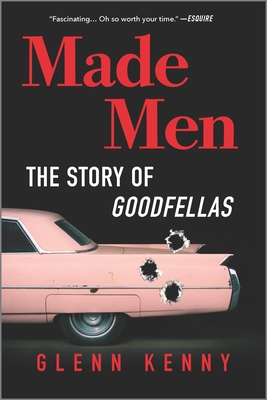 "Made Men is obsessive, free-associative and exuberantly geeky. I mean that in a good way; it's everything a hard-core fan might want." --New York Times Book Review In the first ever behind-the-scenes story of Goodfellas, film critic Glenn Kenny chronicles the making and afterlife of the film that introduced America to the real modern gangster. Featuring interviews with the film's major players, including Martin Scorsese and Robert De Niro, Made Men shines a light on the lives and stories wrapped up in the Goodfellas universe, and why its enduring legacy is still essential to charting the trajectory of American culture thirty years later. "Glenn Kenny's Made Men is that rare book that's as mesmerizing as the film it profiles." --Library Journal "No one else has seen this magnificent, agonizing, unmooring movie with such piercing clarity." --Slant "Reading it is like watching the movie again while sitting next to the smartest person you know." --WBUR