The Realest Guy in the Room: The Life and Times of Dan Severn (Paperback) 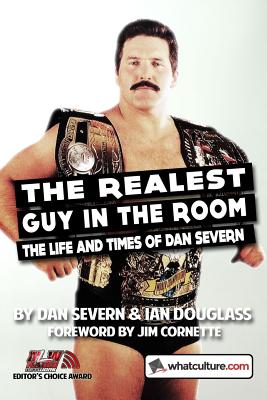 From his humble beginnings as a Mid Michigan farm boy, Dan Severn exploded onto the amateur wrestling scene as the most heavily recruited wrestler in history. After injuries and backroom dealings railroaded his Olympic dreams, Severn's initial failure to provide for his family led him down a path that turned him into The Beast - the most feared fighter of the UFC's no-holds-barred era. In the process, Severn became one of professional wrestling's hottest free agents, and one of its most copied performers. Pulling no punches, Severn addresses every aspect of his various combat careers. Whether you re a fan of amateur wrestling, mixed martial arts or professional wrestling, this autobiography stands as a testament to the fact that Dan The Beast Severn will always be The Realest Guy in the Room.