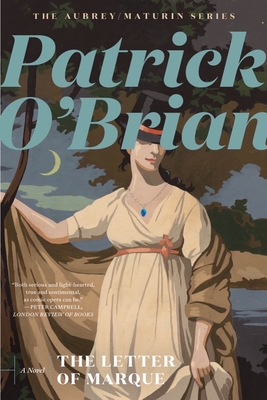 This is book number 12 in the Aubrey/Maturin Novels series.

Captain Jack Aubrey, a brilliant and experienced officer, has been struck off the list of post-captains for a crime he did not commit. His old friend Stephen Maturin, usually cast as a ship’s surgeon to mask his discreet activities on behalf of British Intelligence, has bought for Aubrey his former ship the Surprise to command as a privateer, more politely termed a letter of marque. Together they sail on a desperate mission against the French, which, if successful, may redeem Aubrey from the private hell of his disgrace. A nighttime battle with an unusual climax, a jewel of great value, and Maturin’s fondness for opium make this segment of Patrick O’Brian’s masterful series both original and profoundly exciting.

Both serious and light-hearted, true and sentimental, as comic opera can be.
— Peter Campbell - London Review of Books

There are two types of people in the world: Patrick O’Brian fans, and people who haven’t read him yet.
— Lucy Eyre - Guardian

O’Brian’s books are as atypical of conventional sea stories as Conrad’s. Like John le Carré, he has erased the boundary separating a debased genre from ‘serious’ fiction. O’Brian is a novelist, pure and simple, one of the best we have.
— Mark Horowitz - Los Angeles Times Book Review