Spirituality for the Godless: Buddhism, Humanism, and Religion (Cambridge Studies in Religion) (Paperback) 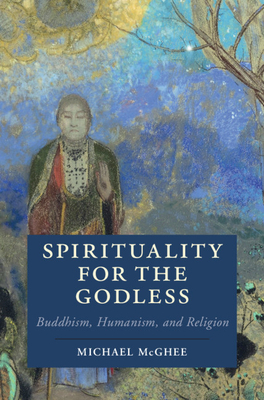 Many people describe themselves as secular rather than religious, but they often qualify this statement by claiming an interest in spirituality. But what kind of spirituality is possible in the absence of religion? In this book, Michael McGhee shows how religious traditions and secular humanism function as 'schools of wisdom' whose aim is to expose and overcome the forces that obstruct justice. He examines the ancient conception of philosophy as a form of ethical self-inquiry and spiritual practice conducted by a community, showing how it helps us to reconceive the philosophy of religion in terms of philosophy as a way of life. McGhee discusses the idea of a dialogue between religion and atheism in terms of Buddhist practice and demonstrates how a non-theistic Buddhism can address itself to theistic traditions as well as to secular humanism. His book also explores how to shift the centre of gravity from religious belief towards states of mind and conduct.