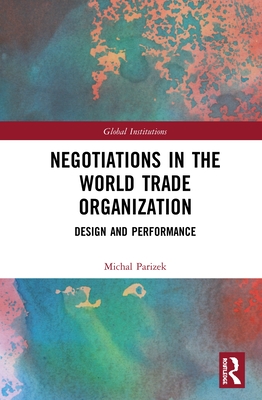 By Michal Parizek
Email or call for price.

This book examines the World Trade Organization (WTO) in the context of the global economy in the twenty-first century, arguing that many problems within the institution lie in the disparity between its design and the nature of its tasks.

Studying the global trade regime and the unsuccessful Doha round of trade liberalization negotiations, this volume suggests that important institutional adjustments may be necessary for the WTO and other major international institutions to (re-)gain their ability to manage global economy. It uses extensive new qualitative and quantitative evidence to identify systematic dysfunctions in how the Doha negotiations have been conducted and links these dysfunctions to the exclusively inter-governmental design of interest representation in the WTO. Based on this, the book argues that global economic institutions should consider allowing broader parliamentary and non-state representation of their members.

Presenting findings which can also be applied to other global economic institutions, Negotiations in the World Trade Organization will be useful to students and scholars of international trade, global governance and international political economy.

Michal Parizek is Assistant Professor of International Relations at Charles University, Prague. His research focuses on the design and performance of international institutions and on international political economy.