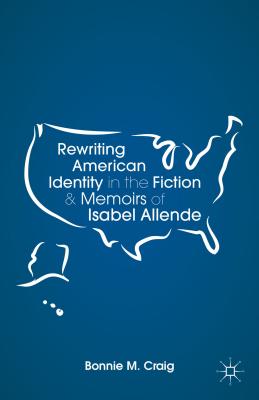 Moving away from territorially-bound narratives toward a more kinetic conceptualization of identity, this book represents the first analysis of the politics of American identity within the fiction and memoirs of Isabel Allende. Craig offers a radical transformation of societal frameworks through revised notions of place, temporality, and space.

Bonnie Craig is Graduate Instructor in the Department of English at King s College London, UK.

'Craig's book is something entirely new: it engages with the fluidity of national affiliation in a globalized world in which territorial borders are rendered less relevant. Craig deploys theoretical tools with elegance and aplomb; one never has the sensation of encountering theory for theory's Sake. On the contrary, her discussions of diverse perspectives on nationalism and national identity, gender and patriarchy, and eco-criticism are used to unlock meaning and offer exciting and genuinely original readings of texts as diverse as My Invented Country, The Sum of Our Days, The Infinite Plan, Paula, Aphrodite, Daughter of Fortune, Portrait in Sepia, and Zorro.' – Susan Castillo, Harriet Beecher Stowe Professor of American Studies, King's College London, UK