Moments of Magical Realism in US Ethnic Literatures (Hardcover) 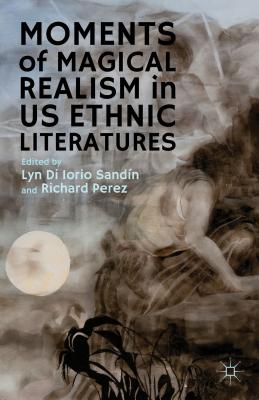 A collection of essays that explores magical realism as a momentary interruption of realism in US ethnic literature, showing how these moments of magic realism serve to memorialize, address, and redress traumatic ethnic histories.

"Urgent announcement! The last rites of magical realism are indefinitely postponed! Far from dead, as some have declared, magical realism continues to evolve in vibrant ways both as a critical term and a creative practice. These essays invite us to track magical realist topics and techniques in an array of communities, countries, and cultural practices: shamanism in Latino America, magical gourds in Asian America, rhythm and freedom in African America, myth in Native America, the magical turn in post-Holocaust fiction. The amplitude of magical realism as a critical category suits the diversity of the literary works discussed here, and allows cultural differences and similarities to emerge and interact in unexpected ways. This collection is a welcome demonstration that there is still much to be seen through this rich conceptual lens." - Lois Parkinson Zamora, Professor of English, History, and Art, University of Houston

"This collection of essays is of particular interest for its break down of the category 'magical realism' into a study of magical realist moments or effects in U.S. ethnic texts simultaneously beyond but also inclusive of Latin American, Caribbean, and Latina/o literature. The collection contributes to putting Jewish American, Iranian American, African American, Asian American, and Native American texts in conversation with Latin American, Caribbean, and Latina/o ones over critical questions generated by the irruptions of magical realist moments in otherwise realist texts of U.S. contemporary 'ethnic' production. Moments of Magical Realism in U.S. Ethnic Literatures makes a key contribution to U.S. ethnic and transamerican studies, to comparative ethnic studies, and to critical understandings of relations between historical trauma, aesthetics, consciousness, and agency among minority, ethnic, and postcolonial subjects in the United States." - María DeGuzmán, Director of Latina/o Studies and Professor of English & Comparative Literature, University of North Carolina at Chapel Hill