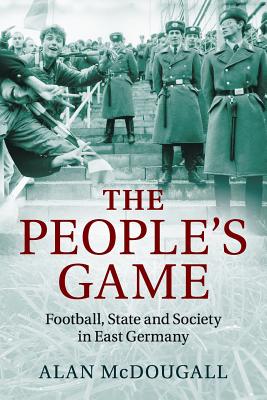 Sport in East Germany is commonly associated with the systematic doping that helped to make the country an Olympic superpower. Football played little part in this controversial story. Yet, as a hugely popular activity that was deeply entwined in the social fabric, it exerted an influence that few institutions or pursuits could match. The People's Game examines the history of football from the interrelated perspectives of star players, fans, and ordinary citizens who played for fun. Using archival sources and interviews, it reveals football's fluid role in preserving and challenging communist hegemony. By repeatedly emphasising that GDR football was part of an international story, for example, through analysis of the 1974 World Cup finals, Alan McDougall shows how sport transcended the Iron Curtain. Through a study of the mass protests against the Stasi team, BFC, during the 1980s, he reveals football's role in foreshadowing the downfall of communism.