Kant: Groundwork of the Metaphysics of Morals (Cambridge Texts in the History of Philosophy) (Paperback) 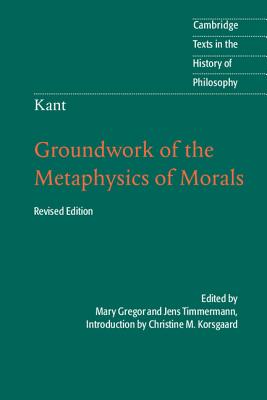 Published in 1785, Immanuel Kant's Groundwork of the Metaphysics of Morals ranks alongside Plato's Republic and Aristotle's Nicomachean Ethics as one of the most profound and influential works in moral philosophy ever written. In Kant's own words, its aim is to identify and corroborate the supreme principle of morality, the categorical imperative. He argues that human beings are ends in themselves, never to be used by anyone merely as a means, and that universal and unconditional obligations must be understood as an expression of the human capacity for autonomy and self-governance. As such, they are laws of freedom. This volume contains Mary Gregor's acclaimed translation of the work, sympathetically revised by Jens Timmermann, and an accessible, updated introduction by Christine Korsgaard.