The Seven Sins of Memory: How the Mind Forgets and Remembers (MP3 CD) 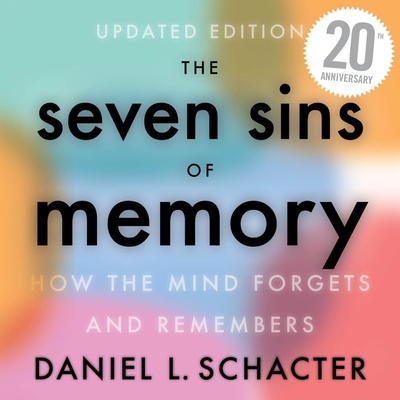 Daniel L. Schacter, chairman of Harvard University's Psychology Department and a leading expert on memory, has developed the Trst framework that describes the basic memory miscues we all encounter. Just like the seven deadly sins, the seven memory sins appear routinely in everyday life. Although we may hate these difTculties, as Schacter notes, they're surprisingly vital to a keen mind. Schacter, whose previous trade book, SEARCHING FOR MEMORY, was called splendidly lucid (The New Yorker), offers vivid examples of the memory sins -- for example, the absent-mindedness that plagued both a national memory champion and a violinist who forgot that he had placed a priceless Stradivarius on top of his car before driving off. The author also delves into the recent research -- such as imaging that shows memories being formed in the brain -- that has led him to develop his framework. Together, the stories and the scientific findings examined in THE SEVEN SINS OF MEMORY provide a fascinating new look at our brains, and at what we more generally think of as our minds. THE SEVEN SINS OF MEMORY is a groundbreaking work that will provide great reassurance to everyone, from twenty-somethings who find their lives are too busy, to baby boomers who mutter about early Alzheimer's, to senior citizens who worry about how much (or how little) they can recall.