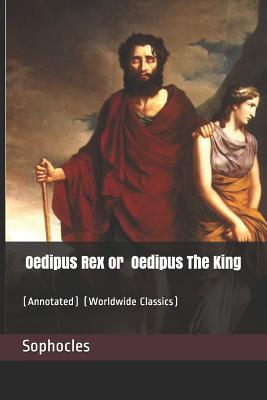 Oedipus, King of Thebes, sends his brother-in-law, Creon, to ask advice of the oracle at Delphi, concerning a plague ravaging Thebes. Creon returns to report that the plague is the result of religious pollution, since the murderer of their former king, Laius, has never been caught. Oedipus vows to find the murderer and curses him for causing the plague.Oedipus summons the blind prophet Tiresias for help. When Tiresias arrives he claims to know the answers to Oedipus's questions, but refuses to speak, instead telling him to abandon his search. Oedipus is enraged by Tiresias' refusal, and verbally accuses him of complicity in Laius' murder. Outraged, Tiresias tells the king that Oedipus himself is the murderer ("You yourself are the criminal you seek"). Oedipus cannot see how this could be, and concludes that the prophet must have been paid off by Creon in an attempt to undermine him. The two argue vehemently, as Oedipus mocks Tiresias' lack of sight, and Tiresias in turn tells Oedipus that he himself is blind. Eventually Tiresias leaves, muttering darkly that when the murderer is discovered he shall be a native citizen of Thebes, brother and father to his own children, and son and husband to his own mother.