9/11 The Awful Truth: An account of the conspiracy behind the 9/11 Attack on America, the ensuing cover-up, and the pillars of law and journ (Paperback) 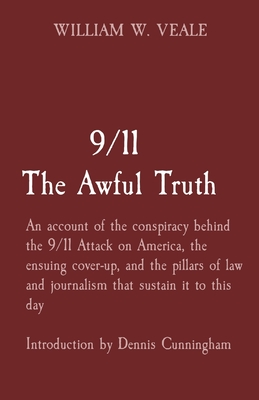 After 31 years trying death penalty cases and the like in Contra Costa County, California, for 13 years supervising the first Alternate Defender Office in the country to handle felony cases, William Veale retired as Chief Assistant Public Defender. Then he filed a lawsuit accusing three of the most powerful men on the planet of mass murder and treason for complicity in the Attacks of 9/11. This is Veale's account of what happens when such power is confronted with undeniable facts and must resort to the most egregious abuse of judicial power imaginable. Then-Vice President Dick Cheney became the first sitting vice president in the history of the nation to be accused of what amounted to war crimes. Among the government operatives employed in the termination of the case was Judge John Walker, first cousin once removed of President George W. Bush. The records of the case and Veale's various letter pleas to influential citizens complete this account of the crime, its cover-up, and most importantly the abject failure of the press in this country to stand up at all much less as a participant in the fight for justice.