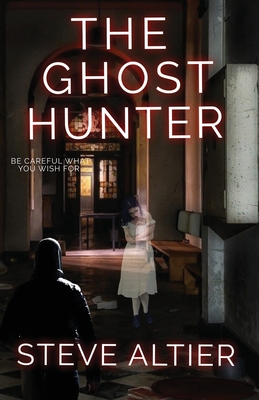 Awkward and shy, Gerald desperately wants to be part of the popular crowd-something he couldn't accomplish in high school.

Gerald does his best to avoid the campus bullies, but after a brief run-in with the boys who wear black, he realizes things aren't always what they appear to be.

After a ghostly encounter in the library, it's the boys in black who come to his rescue. Fang and his team quickly realize Gerald has a gift-one that attracts ghosts.

But what happens when Gerald's normal becomes paranormal?

Legend has it, a terrifying presence stalks the halls of the Blue Owl Inn, a decaying Victorian mansion. On his first ghost hunt, it's Gerald who draws Lily out of hiding. Mesmerized that ghosts truly live amongst us, Gerald sets out to do more than just prove that they exist-he wants to help the spirits cross over to the other side.

But do the spirits want his help?

Steve Altier is at his chilling best in this new supernatural tale that's certain to send shivers down the reader's spine.