The the Life of Wesley; And the Rise and Progress of Methodism, by Robert Southey (Hardcover) 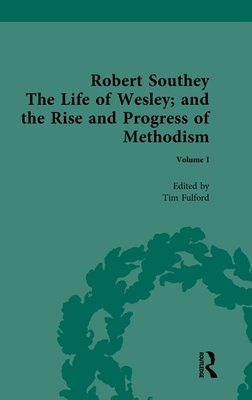 By Tim Fulford (Editor)
Email or call for price.

The Life of Wesley was one of Southey's most influential and bestselling works. It was the first biography of John Wesley - the major figure in the largest religious movement of the eighteenth century - to be published by anyone beyond the Methodist community. In addition, it was a major history of the rise of a phenomenon that Southey and many others saw as a defining sign of contemporary history - the rise of sectarianism and of religious cults.

This two-volume edition will represent the full text of the 1820 edition. It will also include a comprehensive critical apparatus that will make sense of the major issues posed by the text and how it contributes to studies of both Southey and Romanticism. The edition will feature a critical and contextual introduction, which will set out the origins and composition of the text together with its publication history, as well as offer a carefully considered view of the interplay between the Life and other biographies of Wesley and accounts of Methodism, bringing into view the wide array of sources and influences Southey drew from. It will also examine the book's reception history, incorporating material from reviews of the period and detailing the controversy it caused in the Methodist community.