The Routledge History of Literature in English: Britain and Ireland (Paperback) 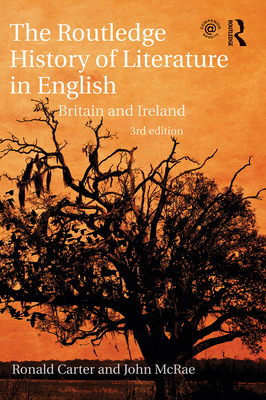 By Ronald Carter, John McRae
Email or call for price.

The Routledge History of Literature in English covers the main developments in the history of British and Irish literature, with accompanying language notes which explore the interrelationships between language and literature at each stage. With a span from AD 600 to the present day, it emphasises the growth of literary writing, its traditions, conventions and changing characteristics, and includes literature from the margins, both geographical and cultural. Extensive quotations from poetry, prose and drama underpin the narrative.

The third edition covers recent developments in literary and cultural theory, and features:

a new chapter on novels, drama and poetry in the 21st century; examples of analysis of key texts drawn from across the history of British and Irish literature, including material from Chaucer, Shakespeare, John Keats and Virginia Woolf; an extensive companion website including extra language notes and key text analysis; lists of Booker, Costa and Nobel literature prize winners; and an A-Z of authors and topics.

The Routledge History of Literature in English is an invaluable reference for any student of English literature and language.

Ronald Carter is Research Professor of Modern English Language in the School of English Studies, University of Nottingham, UK and is well-known for his work at the interface of language and literary studies. He has written, co-written and edited over forty books, most recently a second edition of Language and Creativity (Routledge Classics) (2015).John McRae was formerly Special Professor of Language in Literature Studies and is now Teaching Associate at the University of Nottingham, UK. He has been a Visiting Professor and Lecturer in more than seventy countries. His publications include Literature with a Small 'L' (1991/1997), The Language of Poetry (Routledge, 1998) and the only critical edition of Teleny by Oscar Wilde and others (1986-2000).