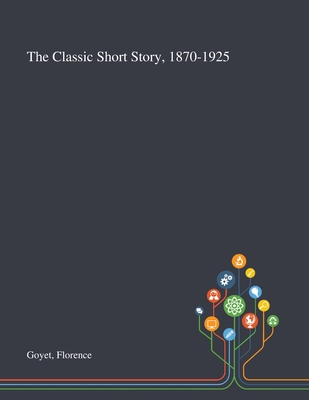 By Florence Goyet
Email or call for price.

The ability to construct a nuanced narrative or complex character in the constrained form of the short story has sometimes been seen as the ultimate test of an author's creativity. Yet during the time when the short story was at its most popular - the late nineteenth and early twentieth centuries - even the greatest writers followed strict generic conventions that were far from subtle. This expanded and updated translation of Florence Goyet's influential La Nouvelle, 1870-1925: Description d'un genre son apog e (Paris, 1993) is the only study to focus exclusively on this classic period across different continents. Ranging through French, English, Italian, Russian and Japanese writing - particularly the stories of Guy de Maupassant, Henry James, Giovanni Verga, Anton Chekhov and Akutagawa Ryūnosuke - Goyet shows that these authors were able to create brilliant and successful short stories using the very simple 'tools of brevity' of that period. In this challenging and far-reaching study, Goyet looks at classic short stories in the context in which they were read at the time: cheap newspapers and higher-end periodicals. She demonstrates that, despite the apparent intention of these stories to question bourgeois ideals, they mostly affirmed the prejudices of their readers. In doing so, her book forces us to re-think our preconceptions about this 'forgotten' genre. This work was published by Saint Philip Street Press pursuant to a Creative Commons license permitting commercial use. All rights not granted by the work's license are retained by the author or authors.