The Principle of Unrest (Paperback) 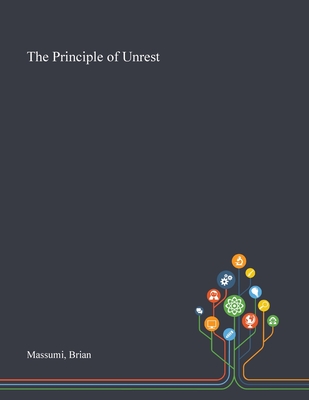 By Brian Massumi
Email or call for price.

There is no such thing as rest. The world is always on the move. It is made of movement. We find ourselves always in the midst of it, in transformations under way. The basic category for understanding is activity - and only derivatively subject, object, rule, order. What is called for is an 'activist' philosophy based on these premises. The Principle of Unrest explores the contemporary implications of an activist philosophy, pivoting on the issue of movement. Movement is understood not simply in spatial terms but as qualitative transformation: becoming, emergence, event. Neoliberal capitalism's special relation to movement is of central concern. Its powers of mobilization now descend to the emergent level of just-forming potential. This carries them beyond power-over to powers-to-bring-to-be, or what the book terms 'ontopower'. It is necessary to track capitalist power throughout its expanding field of emergence in order to understand how counter-powers can resist its capture and rival it on its own immanent ground. At the emergent level, at the eventful first flush of their arising, counter-powers are always collective. This even applies to movements of thought. Thought in the making is collective expression. How can we think this transindividuality of thought? What practices can address it? How, politically, can we understand the concept of the event to emergently include events of thought? Only by attuning to the creative unrest always agitating at the infra-individual level, in direct connection with the transindividual level, bypassing the mid-level of what was traditionally taken for a sovereign subject: by embracing our 'dividuality'. This work was published by Saint Philip Street Press pursuant to a Creative Commons license permitting commercial use. All rights not granted by the work's license are retained by the author or authors.