The Kentucky Revival: A Short History Of the Late Extraordinary Out-Pouring of the Spirit of God, In the Western States of America, Agreeabl (Paperback) 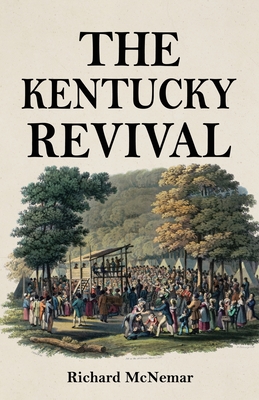 An eyewitness to the Kentucky revival of the early 1800s describes how it started and how it progressed and what the people believed and the strange manifestations that were present in their services. It was the beginning of the Second Great Awakening.

The information in this book is very enlightening for many reasons. One of the reasons these early camp-meetings have not received the attention they deserve is because unusual manifestations of the Spirit were seen throughout, not just in a few places, or for a few years. It was opposition to these manifestations that ultimately brought the Second Great Awakening to a close, as seen in other books.

This first appearance in print of the term "Holy Roller" was actually in the early 1800s, which means it was likely the result of this revival, and not early Pentecostalism, as often believed.

I have edited this book to update it to modern English; I changed the spelling of words like "pow'rs" to "powers" and changed a few words we no longer use to the modern equivalent, while other words I have given the meaning in brackets **]. I have also improved the punctuation slightly, but I have done NO rewriting; only editing. The original page numbers, corresponding to the page numbers on the 1808 edition at the top of each page, are included in brackets, such as 1]. So the text below it was on page 1.