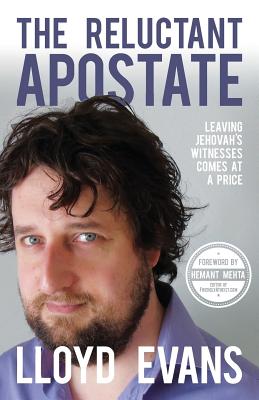 Jehovah's Witnesses, well known for their enthusiastic evangelism, are a global religious movement boasting over 8 million members. Despite being a familiar sight on doorsteps and street corners, little is known about their doctrines and practices. What are their expectations regarding Armageddon, and who do they believe will survive? How do they justify their ban on blood transfusions? What happens to members who decide to leave?

The Witness rules on sex are dissected, as are their far-reaching ramifications on the private lives of millions of devotees. Evans also delves into the controversies surrounding child abuse and the prohibition on blood transfusions with the aid of first hand accounts from those who have been personally impacted.

Intertwined with the historical narrative and commentary is the story of the author's journey from devout Witness youth to outspoken ex-Witness activist and atheist.

Evans lays bare the circumstances leading to his "awakening" with startling honesty and reveals how the heartbreaking loss of his mother played a profound role in keeping long-held doubts suppressed.

In the final chapters, the author discusses the various means by which Witnesses are controlled by their leadership. Evans analyzes the role of shunning (disfellowshipping) and the stigmatization of "apostates" in enforcing loyalty among Witnesses, and reflects on the indifference of society in general to human rights violations by high-control groups. The phenomenon of fundamentalist brainwashing, or "undue influence," is also scrutinized, and those in search of a new life free from its pervasive effects are given reasons for hope.

Rather than being a sensationalist rant by an embittered ex-member, The Reluctant Apostate offers a relaxed, good-humored tour of Witness history and teachings supported by extensive references (to be found in the "Notes" section).

Though written predominantly with the non-Witness reader in mind, special boxes are also provided for Jehovah's Witness readers.

"Both memoir and reference book, Lloyd Evans' work is an extensive compilation of Jehovah's Witness history and theology. In his honest and exhaustively researched expose, Evans has written what is sure to be the most important book on the religion in this century. The Reluctant Apostate is a must-read for Jehovah's Witnesses and anyone else who has been touched by the faith."
-Scott Terry, author of Cowboys, Armageddon and the Truth

"Insight only an 'insider' can bring to a subject difficult to understand for those who have never been part of this world, and unthinkable to contemplate for those inside its bubble. Lloyd does a magnificent job of speaking to both audiences and everyone in between. Compassion for the plight of those still held captive bleeds through every page."
-Mike Rinder, former senior executive of the Church of Scientology, as featured on the A&E series Leah Remini: Scientology and the Aftermath

"A compelling and informative window on the world of the Jehovah's Witnesses that will be a vital and life changing resource for former members and many others too in forming an authentic understanding of this group, its beliefs, methods and effects on individuals and families."
-Professor Rod Dubrow-Marshall, Ph.D.
Co-Editor International Journal of Cultic Studies and co-founder RETIRN UK
Dr. Linda Dubrow-Marshall, Ph.D. Co-founder RETIRN UK