Industrial Society and Its Future (Paperback) 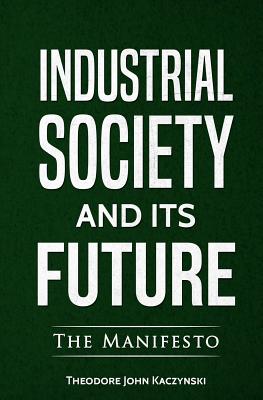 In 1971 Dr. Theodore Kaczynski rejected modern society and moved to a primitive cabin in the woods of Montana. There, he began building bombs, which he sent to professors and executives to express his disdain for modern society, and to work on his magnum opus, Industrial Society and Its Future, forever known to the world as the Unabomber Manifesto. Responsible for three deaths and more than twenty casualties over two decades, he was finally identifed and apprehended when his brother recognized his writing style while reading the 'Unabomber Manifesto.' The piece, written under the pseudonym FC (Freedom Club) was published in the New York Times after his promise to cease the bombing if a major publication printed it in its entirety.

Theodore John Kaczynski, Ph.D. (a.k.a. Ted Kaczynski) has focused his life's work on sounding the alarm about society's paramount problem: the omnipresent, subjugating, and destructive force of technological progress. His extensive writings articulate a comprehensive critique of the global "techno-industrial system" and forecast its catastrophic consequences for humankind and the biosphere. His recent works focus on realistic strategies for collective action to alter the current trajectory of society, and avoid unmitigated disaster. Dr. Kaczynski was born in 1942 in Evergreen Park, Illinois. An intellectual prodigy, he attended Harvard at age 16, earned his Ph.D. in mathematics from the University of Michigan at 24, and became the youngest professor of mathematics in the history of UC-Berkeley at 25. After two years, Dr. Kaczynski resigned his professorship and moved to a remote wilderness area of western Montana to pursue a life-long ambition of living an autonomous and self-sufficient life off the land, which he did for twenty-five years. Kaczynski has been incarcerated since 1998 in solitary confinement at Federal Prison ADX in Florence, Colorado, after receiving a life sentence for a long-term violent campaign he staged to call world-wide attention to the colossal dangers inherent in technological growth.