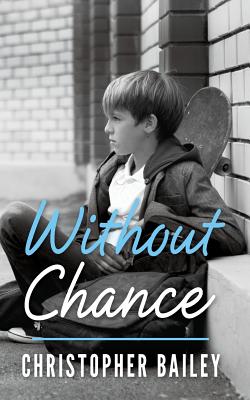 Ryan had lost everything. His mother recently died of cancer, and his father had completely shut down after her death. His father even dragged him away from the city he'd grown up in, forcing him to leave all of his friends to move to a tiny, backwater town called Turnbridge, hundreds of miles from anything remotely interesting. Even the school's social scene seemed to revolve around activities and sermons at the local church. Then he met Chance. Chance was quiet and friendly, and was an extreme social outcast due to his sexual orientation. He was also obsessed with an unsolved murder that had taken place two years previously. Everyone was convinced it was a suicide. Everyone except Chance, who believed the victim had been targeted due to his homosexuality. Ryan didn't believe him until the accidents started, all seeming to focus around Chance. With the local culture so hostile toward the gay population, there were too many suspects and not nearly enough time as they tried to stop a killer who hunted in the name of God.