But I Don't See You as Asian: Curating Conversations About Race (Paperback) 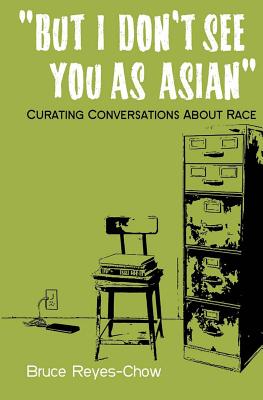 In "But I Don't See You as Asian: Curating Conversations About Race" Bruce Reyes-Chow curates a collection of cringe-inducing statements about race such as, "If they can say it, why can't I?" " "Do you know martial arts?" and "He's a different kind of Black," hoping to turn awkward moments into a dialogue between friends.Sitting in the sweet spot between lectures in academia and activism on the streets, Bruce invites the reader into a salon type of atmosphere where he directly addresses thoughtless words and diversionary tactics, such as dismissing racial discussions as being impolite or avoiding race conversations altogether. He invites the reader to chuckle, gasp, and perhaps nod in understanding as he lists the kinds of statements often used against persons of color in a predominantly white culture. But rather than stopping there, Bruce asks readers to swap shoes with him and reconsider their assumptions about race.Useful for individual reading, or as a tool for opening group and community discussions, "But I don't see you as Asian" puts one person's joys and struggles on the table for dissection and discovery.

Bruce Reyes-Chow is a native Northern Californian and 3rd generation Chinese/Filipino who writes and speaks extensively on faith, politics, race and technology. Bruce graduated from San Francisco State University with a degree in Philosophy, Sociology and Asian American studies, earned his masters degree from San Francisco Theological Seminary and was granted an honorary Doctor of Divinity degree from Austin College. The author of "The Definitive-ish Guide for Using Social Media in the Church," for the past 20 years he has worked with groups and individuals in areas of social justice, church planting, technology and diversity. Bruce lives in San Francisco, CA with his wife, Robin, his three daughters, Evelyn, Abby and Annie and one very cute canine.