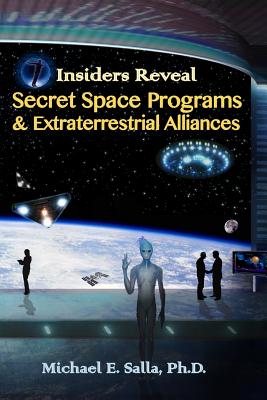 Classified space programs have been an integral part of a complex jigsaw puzzle concerning UFOs, extraterrestrial life, ancient civilizations and advanced aerospace technologies, which have long defied any coherent understanding. Now finally, we have something to put all the pieces together with the disclosures of secret space program whistleblower, Corey Goode. A detailed investigation of Goode's and other insider testimonies reveals the big picture of a parallel world of secret space programs and extraterrestrial alliances. Learn from this book: how the Vril/Nazi flying saucer programs in the 1930's gave birth to the 'Dark Fleet'; how Operation Paperclip scientists both helped and hindered the development of the US Navy's 'Solar Warden'; how the MJ-12 Group was behind the creation of the 'Interplanetary Corporate Conglomerate'; and how Ronald Reagan was instrumental in the creation of the 'Global Galactic League of Nations' space program. Finally, learn how the Sphere Being Alliance and other extraterrestrials interact with these programs. The full disclosure of secret space programs and extraterrestrial alliances will unshackle the chains of deception holding humanity back from reaching its highest potential as galactic citizens.

Dr. Michael Salla is an internationally recognized scholar in international politics, conflict resolution and U.S. foreign policy. He has held academic appointments in the School of International Service & the Center for Global Peace, American University, Washington DC (1996-2004); the Department of Political Science, Australian National University, Canberra, Australia (1994-96); and the Elliott School of International Affairs, George Washington University, Washington D.C., (2002). He has a Ph.D. in Government from the University of Queensland, Australia. During his academic career he was author/editor of four books. He has conducted research and fieldwork in ethnic conflicts involving East Timor, Kosovo, Macedonia, and Sri Lanka. He has been awarded significant financial grants from the United States Institute of Peace and the Ford Foundation for peacemaking initiatives involving mid-to-high level participants from the East Timor conflict. Dr. Salla is more popularly known as a pioneer in the development of 'exopolitics', the study of the main actors, institutions and political processes associated with extraterrestrial life. He wrote the first published book on 'exopolitics' in 2004, and followed this with another examining exopolitics and US Foreign Policy in 2009. He authored Galactic Diplomacy in 2013; & this was followed by Kennedy's Last Stand (2013), which investigated the relationship between classified UFOs and the Kennedy Assassination. He is Founder of the Exopolitics Institute, and the Exopolitics Journal, and Co-Organizer of the Earth Transformation series of conferences in Hawaii (2006-2011). His main website is: www.exopolitics.org