Song of God: Living Gnosis of the Ahgendai (Hardcover) 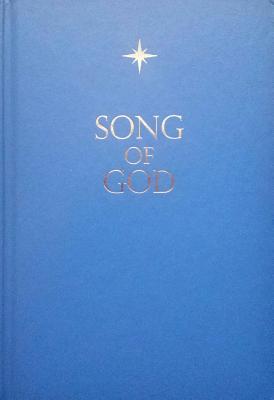 The 'Song of God' is a new book of scripture for a new and modern age. This revelation was brought forth by Azrael Ondi-Ahman (a.k.a., Archie Dean Wood, Sr.) who, in 1979, began receiving visitations by highly evolved, glorified human beings who identified themselves as God. After seven years of instruction, Azrael was commissioned to begin writing what would become the foundation for a new dispensation, and the restoration of gnosis for all humanity. The 'Song of God' begins with the premise that the only proper religion for mankind is humanity itself, for it is from this humanity that God first evolved -God who is our future, came from humans who are Their past. Extraordinary in depth and scope, the 'Song of God' is both radical and affirming. This modern revelation is an anthem of knowledge, myth and mystery that will sing to the heart and uplift the mind. The 'Song of God' is a grand unification of wisdom and truth, confirming with sound clarity the beauty, value and potential of humankind. This book presents a new standard, a new choice that both challenges and empowers us to let go of hurtful dogmas and move forward into an age of greater peace and understanding.

Azrael Ondi-Ahman (a.k.a., Archie Dean Wood) was born on November 14, 1947 into a religious Southern Baptist family. From his earliest childhood, Azrael could not believe the stories and descriptions in the Bible claiming to depict the nature and disposition of God. This began a long spiritual quest which led Azrael, at the age of 31, into the Uintah Wilderness of Utah, where he witnessed the physical appearance of highly evolved, glorified human beings who identified themselves as the Heavenly Father and Heavenly Mother of all humankind. After seven years of instruction, Azrael was commissioned to write a completely new and modern book of scripture that would more accurately convey the true knowledge and wisdom of God the Father and the Mother. Since the first printing of the 'Song of God' in 2008, Azrael has endeavored to gather and teach those who have come to call themselves 'True Gnostics'.