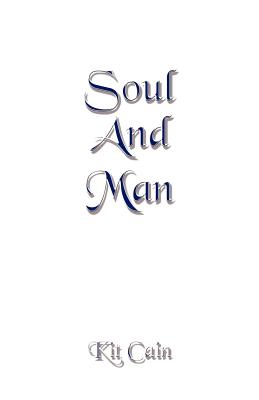 By Kit Cain
Email or call for price.

Insofar as I am able to discover -- and I have purposefully not looked very hard -- no one has yet (by year 2004) come up with an adequate description or definition of the human soul. After attempting to tackle the task for three years, I can easily understand why. Being a forerunner in unexplored and unknown territory carries with it -- at first -- a level of uncertainty which runs a high risk of making a fool of of any intelligent explorer. Ironically, the quest produces only the fool, for the perspective gained from the attempt alone reveals a previously unseen, unfelt, unknown dimension which dwarfs the mind and intelligence of man altogether.

Had I not long since come to know myself as a fool -- albeit a wise one -- I would never have attempted the Herculean task of making the hidden soul more visible. The frame of reference for the soul established in this book is taken from thinking and experience far broader, deeper, and higher than my own -- much of it having existed in "secret" teachings thousands of years old. They were secret because mankind was not yet ready for them -- or else someone or something at some higher level than the human level didn't want the information revealed. My compulsion, however, is to make at least my own understanding public along with my own intuitive realizations and conclusions for those who are capable of seeing beyond the material as well as within it.

The book is not easy reading. It was never intended to be. It took me some 30 years to begin to undeerstand what is written herein. Even so, what is written still leaves me with a "void of ignorance" which I can only hope time will dispel. This is really my personal "notebook" .... a piece of open architecture for further thought. It is actually my understanding at age 70. Hopefully, my perspective and understanding will continue onward and upward from here.