The Assassination of James Forrestal (Paperback) 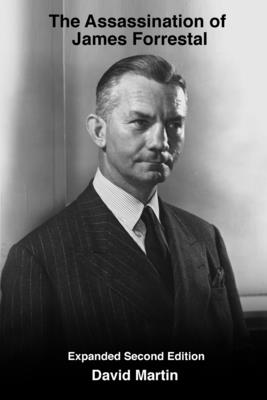 Using primarily information provided in the Navy's official investigation of the death of America's first Secretary of Defense, which had been kept secret for 55 years, The Assassination of James Forrestal thoroughly demolishes the widely believed view that Forrestal's fall from a 16th-floor window of the Bethesda Naval Hospital on May 22, 1949, was an act of suicide. The official report, in fact, did not conclude that Forrestal committed suicide. It concluded only that the fall caused his death and that no one in the U.S. Navy was responsible for it. A major reason why the suicide thesis is still widely believed is that the news of the release of the official report, which the author obtained through the Freedom of Information Act in 2004, has been effectively suppressed.

Building upon what he has long made available on his DCDave.com web site, and in the manner of his 2018 book, The Martyrdom of Thomas Merton: An Investigation, co-authored with Hugh Turley, David Martin breaks through the wall of silence and misinformation. This meticulous examination of the violent death of the leading government critic of American support for the creation of the state of Israel is vital to an understanding of U.S. and world history since the mid-20th century.